A downloadable game for Windows

CHANGE is an emotional homeless survival experience set in a randomly generated city with rogue-like elements. Explore, survive, earn perks, find items and kindness to develop your character and escape to a new life.

20% of Delve Interactive's profits from this game will be donated to charities focused on the issue of homelessness.

“With this rich, emotional overlay, coupled with some deep, appealing mechanics, CHANGE is an enthralling survival experience from start to finish.” –  New Game Network

“A gritty, hand-crafted, labor of love that transcends its simple, pixilated aesthetic. It asks questions of the player which will hopefully be pondered at some point during playthroughs. I know I did.”  – CyberPowerPC

This is a hate letter to the growing indifference in the world. When members of the development team almost fell into homelessness some years ago, it inspired us to create something that gives a voice to the forgotten and the vulnerable. We take the subject very seriously and portray it as such.

After almost 5 years of research and hard work, 100s of updates and fan support, we bring you our tale of survival and isolation.

Manage your hunger, hygiene, happiness, crime levels, street reputation, study levels and other stats as you try to survive and escape the homeless life. But you can only do so much in one day... what will you do?

Will you spend the day begging, depending on the kindness of others?

Will you find shelter in the night?

Perhaps you're moved out of the area by the police for loitering. Unable to find shelter, you end up on the streets at night, and you meet a dog. Is it a stray? Could it be a friend? All your actions affect your happiness in some way, and it's up to you to manage your stats accordingly. You could turn to drink, but risk addiction. You could hope for a fortunate event, or make some progress towards your survival.

But you will have to choose. It could all be over if a bad event occurs in the dangerous night streets. Especially during winter.

Every game is different, and with each playthrough comes more ways to explore CHANGE.

If you became homeless... what would you do?

Our goal with this project is to raise awareness on the issue of homelessness, as well as raise money for it. We have done a ton of research for this project and while our wish is to portray the reality of homelessness, various aspects of sleeping rough have been abstracted for the sake of gameplay.

So far, we've raised over £7000 for the charities CRISIS, The Clocktower Sanctuary and Shelter. 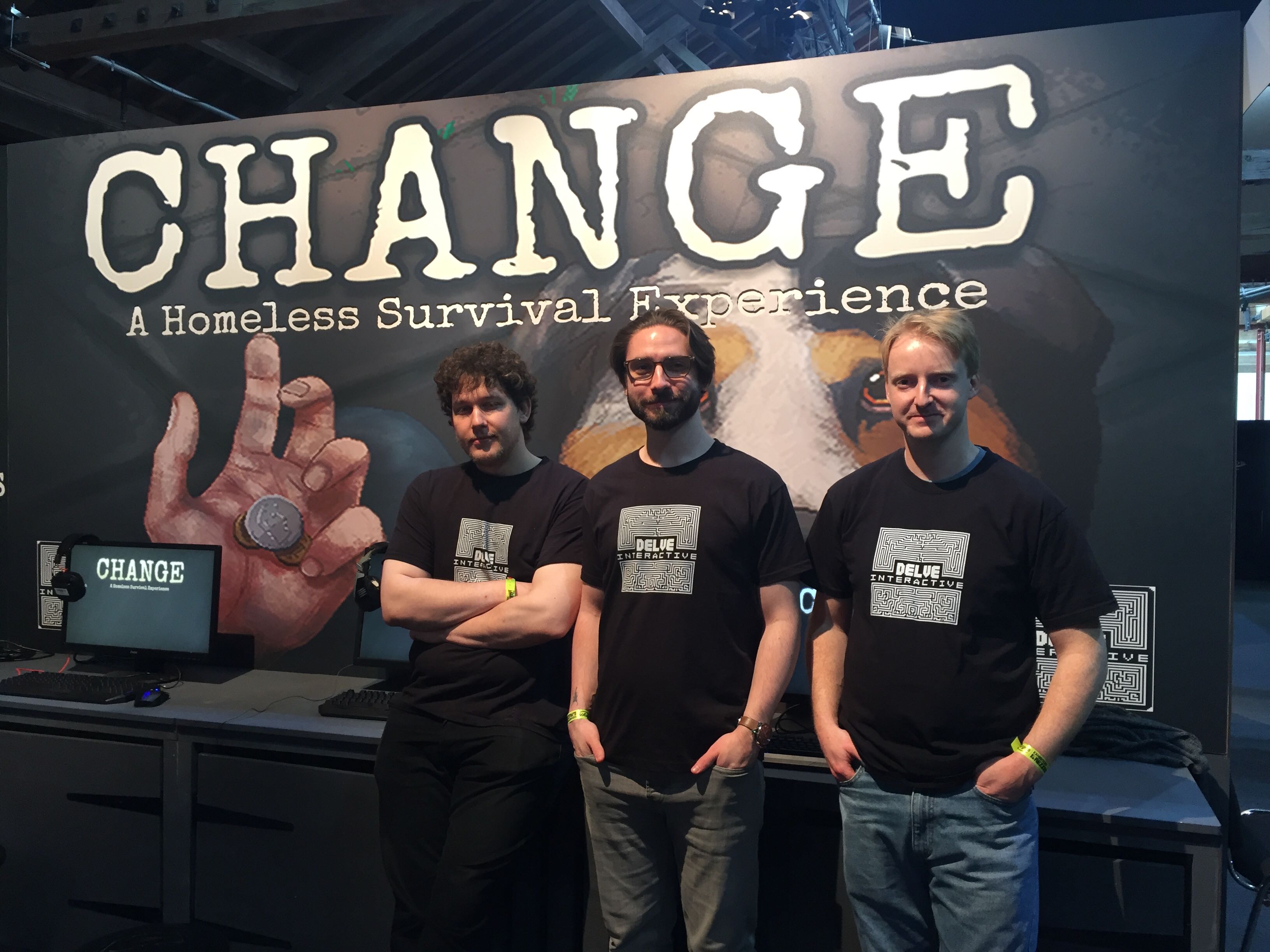 In order to download this game you must purchase it at or above the minimum price of $14.99 USD. Your purchase comes with a Steam key. You will get access to the following files:

Hello! I hope I'm not rude for asking this, but if I purchase CHANGE on itch.io, will I get a Steam key or even a GOG key? Many developers are giving out Steam keys for their titles when purchased here. Thanks.

So have any of you actually experienced homelessness? Did you consult with anyone who's been unhoused?

When our previous game PONCHO didn't do so well, I found myself five figures in debt, jobless, unable to pay rent and thus went through eviction. We didn't make it to being on the streets, we were lucky enough to have the safety net of friends and family to couch surf with until we were back on our feet. But it made us realise how easy it is to fall into homelessness, if that safety net isn't there.

We began the game with prototyping and research, quickly realising that we couldn't do the subject justice unless we also made it about mental health, addiction and other issues tied into homelessness.

We did speak to dozens of homeless people, as well as cross referencing many, many articles, studies and other data published by various charity, journalistic and governmental institutions. Through this we learned things like the leading cause of homelessness among women being escape from domestic abuse, that the average life expectancy for someone who is homeless long-term is 44... I could go on, but the research was a big part of it.

If you're wondering what homeless think of the game now, it's about 70/30 positive negative, based on the public reviews from people on steam and such. Though I always expected some players to go in "with their arms crossed", so to speak, since it is a risky subject.

We detest games like "Bum simulator" existing; we wanted to create a positive voice from the world of games on a serious issue by building empathy in the player through the medium I know best. And we really wanted to get it right for this reason, balancing the fine line of making it an engaging experience while also being  a depressing one. I guess we just had something to say, and now we've said it.

Happy to answer any more questions. ^-^

Thanks for the serious answer. Sounds like your hearts are in the right place. I live in LA where we've got about 60,000 people living unhoused, and our city is currently in the process of violently pushing them out of every public space. Instead of, y'know, just paying for fuckin' housing. And given the existence of crap like "Bum Simulator", I hope you can forgive the skepticism. Good luck with the game! 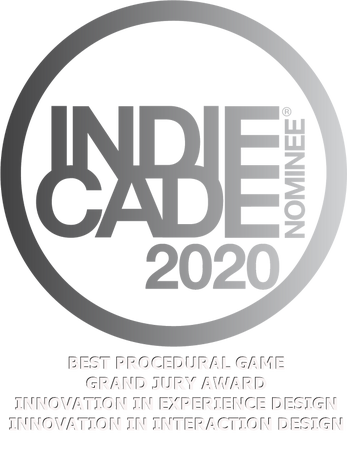 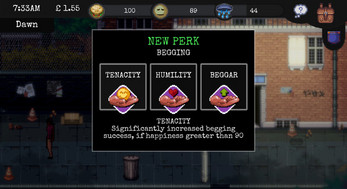 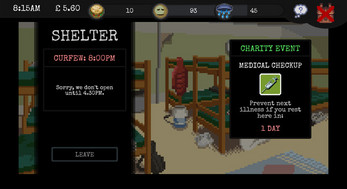 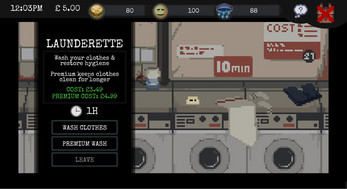 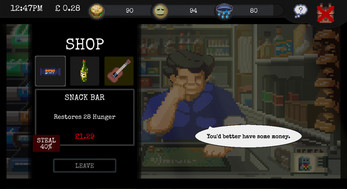 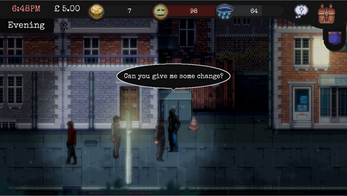